The purpose of the Juvenile Court is to protect the well-being of children, provide guidance and control conducive to child welfare and the best interests of the state and secure care for children removed from their homes. Peach County's Juvenile Court is part of the Macon Judicial Circuit which also covers Bibb County and Crawdord County. The court is served by two full-time judges, Quintress J. Gilbert, and Thomas J. Matthews, who presides as Chief Judge.

The Juvenile Court handles children under the age of 17 who have been charged with a delinquent offense, 16 and under who have been charged with a traffic offense, and under the age 18 who have deemed to be a dependent child or Children In Need Of Services (CHINS). The Juvenile Court also handles emancipation, parental notification of abortion, mental competency and transfers from Superior Court.

A delinquent offense is any offense that an adult could be charged with such as shoplifting, burglary, criminal trespass, etc. CHINS are children charged with offenses such as truancy, runaway, violation of curfew, possession of alcohol, or being habitually ungovernable. A dependent child is a child whose parent/guardian(s) have caused some type of neglect, abandonment, or either physical or sexual abuse. The dependent child and the CHINS child  will have an attorney Guardian Ad Litem appointed to protect their best interests during the Court process. Many dependent children will also have a Court Appointed Special Advocate (CASA) appointed as well. All delinquent children are appointed an attorney from the Public Defenders's Office.

The Public Defender’s office represents parents who are indigent and cannot afford to hire legal counsel. An application for a Public Defender needs to be done several days prior to the court hearing if possible. This can be done at the Juvenile Court offices. The Public Defenders Office is located at 201 Second Street, Ste 550, in Macon and the phone number is 478-621-5950. Rick Waller is the public defender for the Macon Judicial Circuit.

The Juvenile Court also has jurisdiction over minors committing traffic violations and other special consent cases (underage persons seeking to serve in the military or obtain a marriage license). All juveniles charged with a traffic offense must appear before the Juvenile Court Judge with a parent. They cannot pay the fine prior to a court date. The fine must be paid in cash.

Juvenile court complaints are received from all local law enforcement agencies, board of education and the community. Charges may be disposed of by dismissal, informal probation, formal probation or placing a young person in custody of the Georgia Department of Juvenile Justice.

The court provides an opportunity for accountability and rehabilitation through a variety of programs, such as mediation, anger management, decision making, character education, Adolescent Safe Passage, tobacco and other addictive drugs, prevention and diversion and community services. 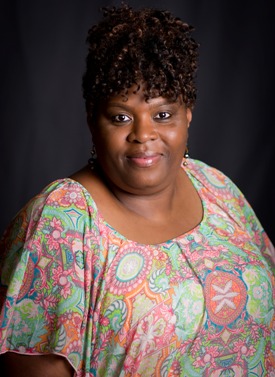